When I lived in Vienna, Austria, I discovered a charming area on the edge of the city crammed with little garden sheds. Each shed had a tiny plot of land in front of it. I learned these were weekend getaway cottages for city folk where they could grow fresh vegetables and escape the crowds.
They were simple structures but were trimmed out and neat as a pin. 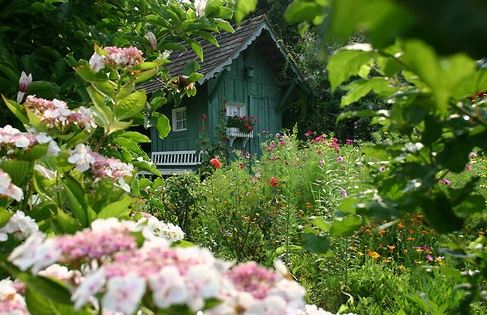 Years later, I find my own garden shed in the middle of the city provides a similar escape.
A private place where the hum of the freeway is softened by the buzz of bees.
Where the air smells earthy and the sun pouring through the skylight relaxes my tense shoulders. 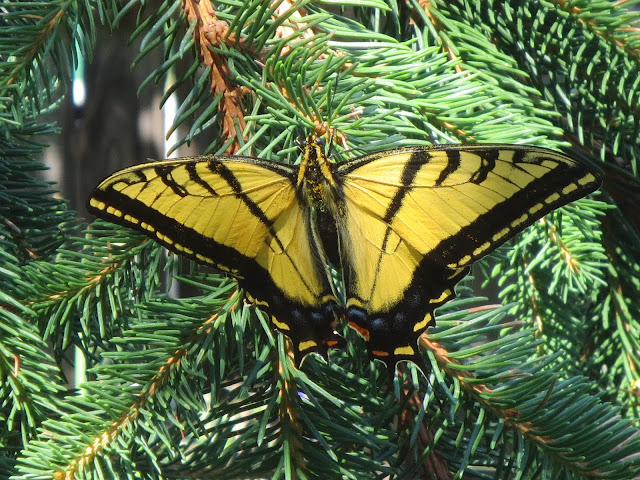 It's a standard Tuff Shed but I wanted it to look more like those tiny cottages in Vienna. 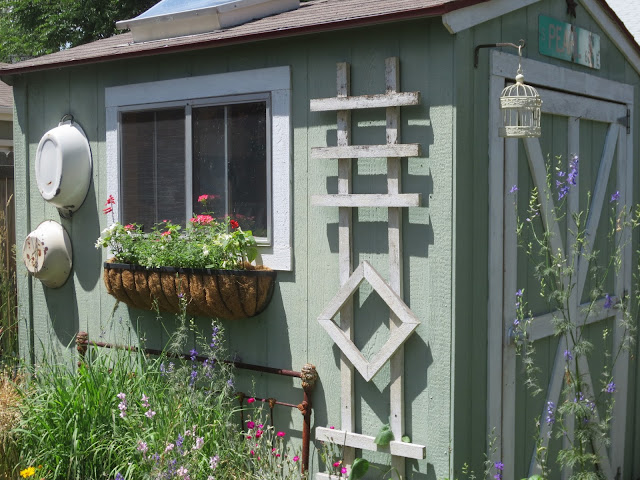 I decided to remove the giant X on the door that made it look like a barn.
Nothing wrong with barns. In fact, I love them. Just not the look I was going for.
The boards came off easily with a small crow bar.
I left the board in the middle for visual interest as I had a plan for it. 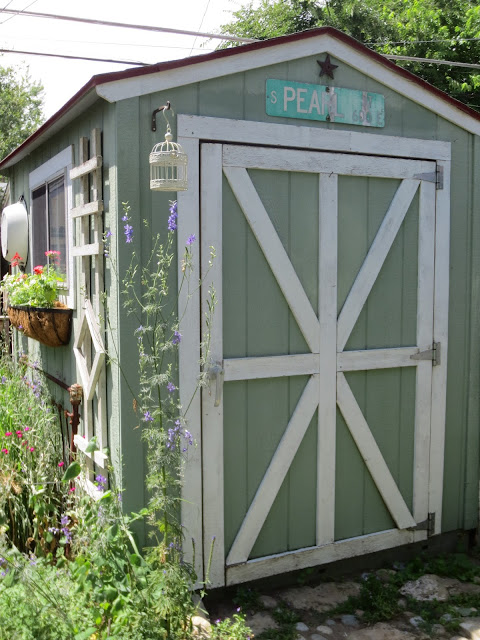 I debated on whether to paint the door a different color (I was thinking lavender or a muted violet) than the rest of the shed but finally decided to keep it simple and stick with the same green. 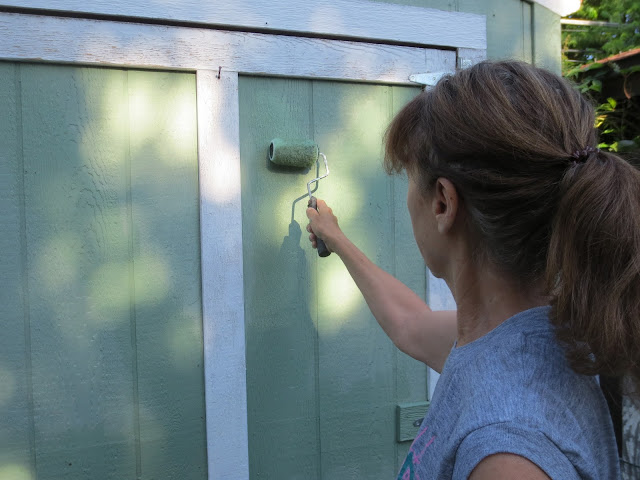 The iron window box was a freebie alley find.
The metal plant basket, a Goodwill bargain. 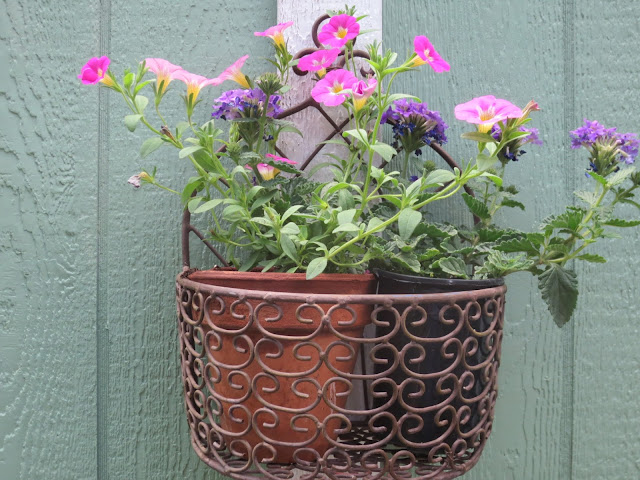 Enamel pans and an old trellis were yard sale treasures.
A rusted lantern and garden tools were found objects. 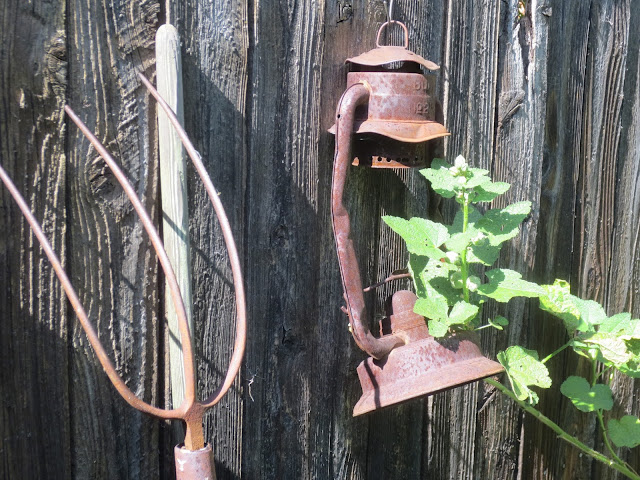 And the old metal garden chair belonged to my Dad who came from a long line of farmers. 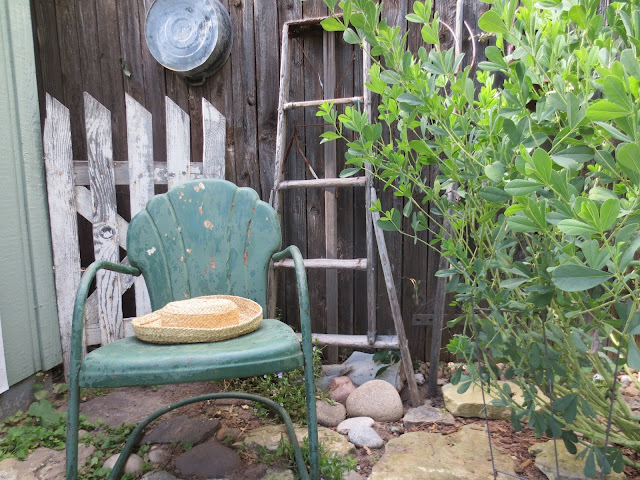 A home-made potting bench with a mullioned window is tucked into the corner. 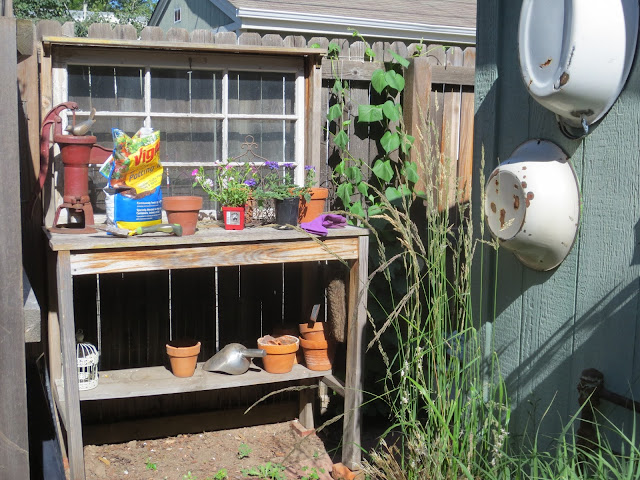 Wildflower gardens surround the shed,
providing a calming view and transporting me to the mountains. 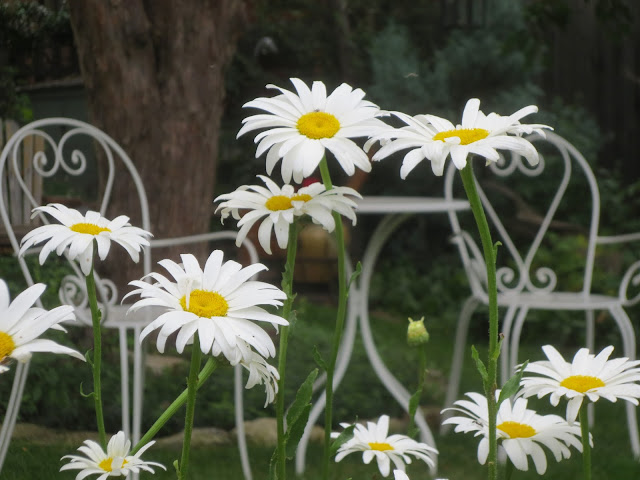 In France, even Marie Antoinette had her Queen's Hamlet at Versailles which, among other things, featured a farmhouse where she could pretend to be a peasant.
I guess everyone needs an escape now and then. Too bad it was so small, huh? 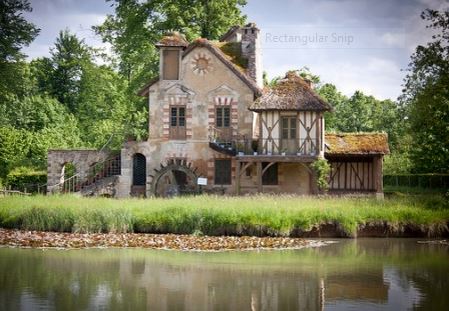 And here's my finished shed.
I'm thinking about removing the pans and trellis on the side
and putting wooden shutters on each side of the window. What do you think? 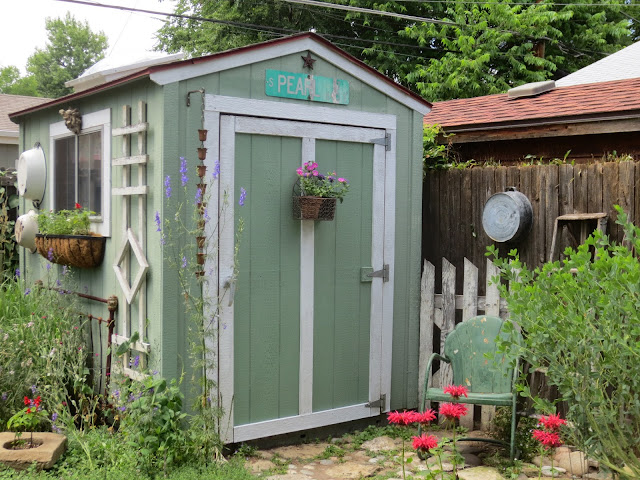 Take a deep breath. Listen to the birdsong. This is a sanctuary for the senses.