A Giant Step Back in Time

What better way to welcome fall to the mountains than by taking a giant step back in time?
Say to an 1880s mining town.

On the way to South Park City, the weather was absolutely perfect in the high 70s,
with a brilliant blue sky and not a drop of rain in sight.
It made the trip across the Continental Divide even more breathtaking
as entire hillsides magically turned to gold. 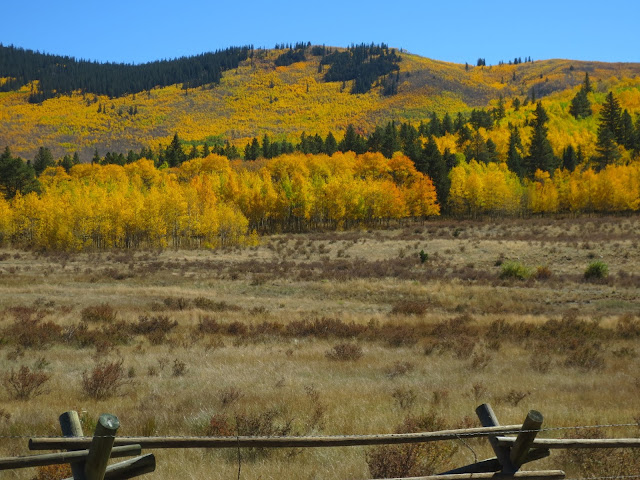 We spent the day near our mountain cabin visiting a reconstructed "ghost town"
that recalled the romance of a by-gone era.

The town has a fascinating history.
In 1957 more than 40 original historic buildings were moved to a common site
where an authentic mining town now called South Park City was born. 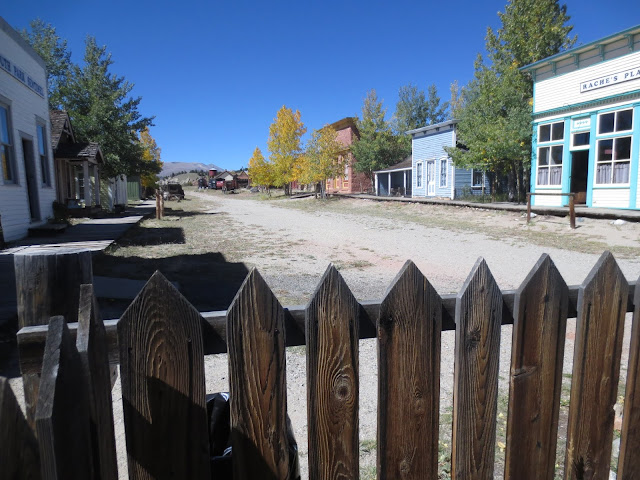 More than 40,000 artifacts and furnishings were donated to the project by local residents
and today these original buildings stand in tribute to that time. 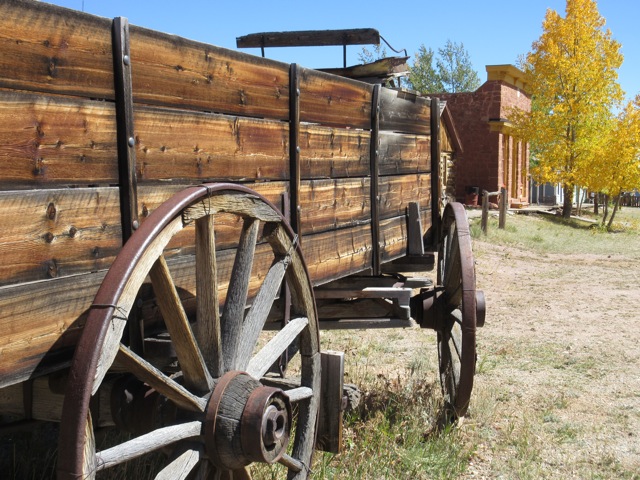 After gold was discovered in this area, mining camps sprang up in every gulch and gully.
Soon the hills were dotted with towns with such colorful names as
Buckskin Joe, Eureka, and Horseshoe. 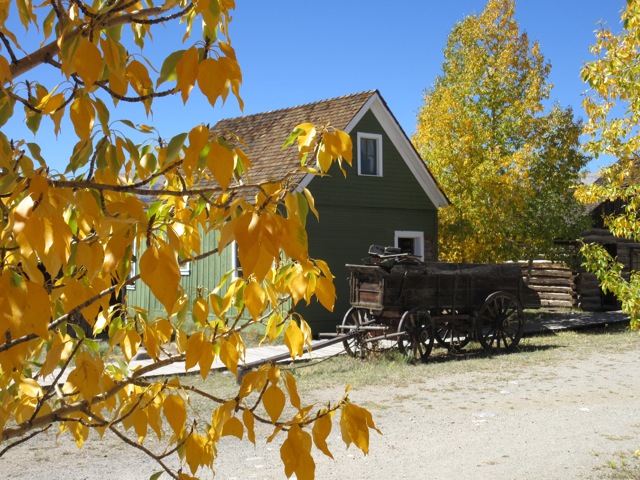 While there were various reconstructions such as saloons
(there were probably a LOT more than just this one) . . . 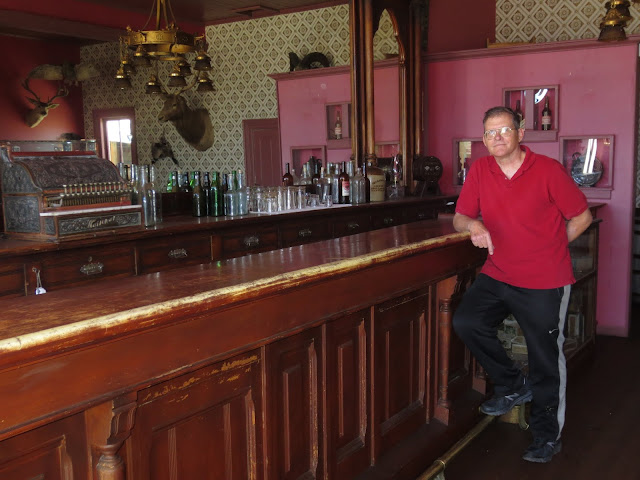 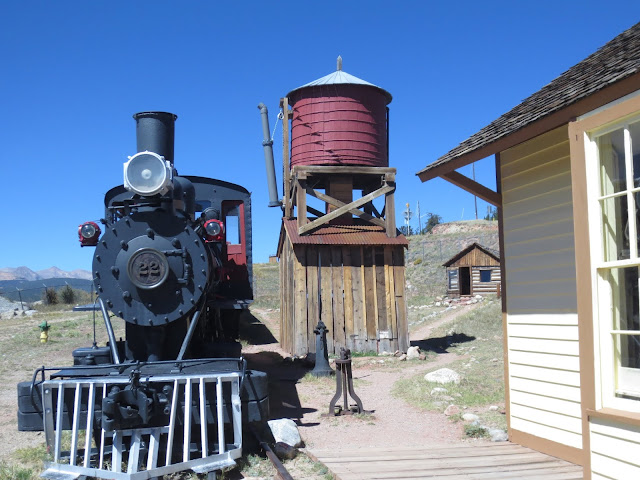 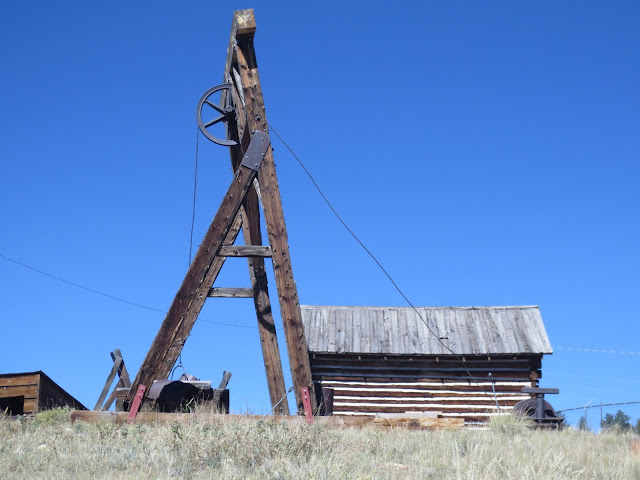 my favorites were the recreations of pioneer homes.
I couldn't help but think about our own little cabin that had been moved from this area
and how it might have been used back in the day. 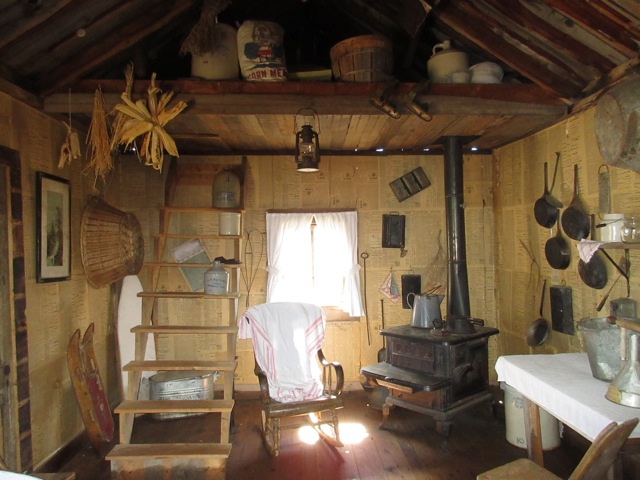 Plus I discovered lots of ideas on how to decorate our cabin.
I love this idea of using old newspapers as wallpaper.
The miners used layers of newspaper as insulation in their cabins. 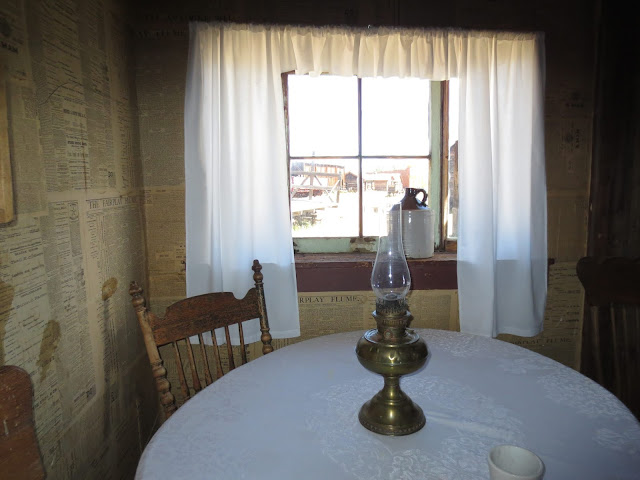 Fairplay loves its burros, the patient and sure-footed animals that were
largely responsible for the success of the mining operations. 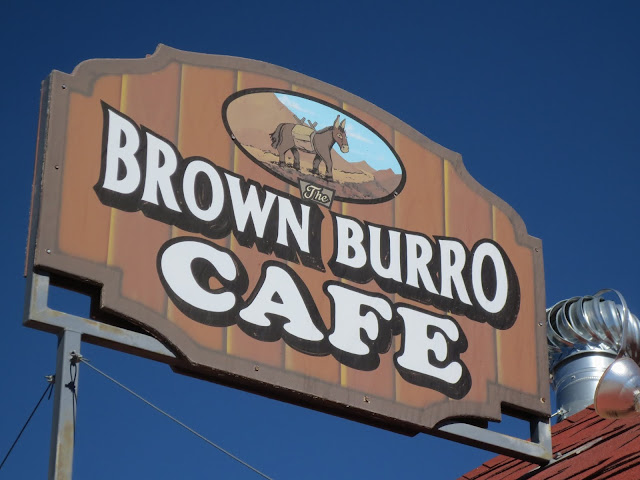 Even the high school mascot is called the Burros!
I just love that! 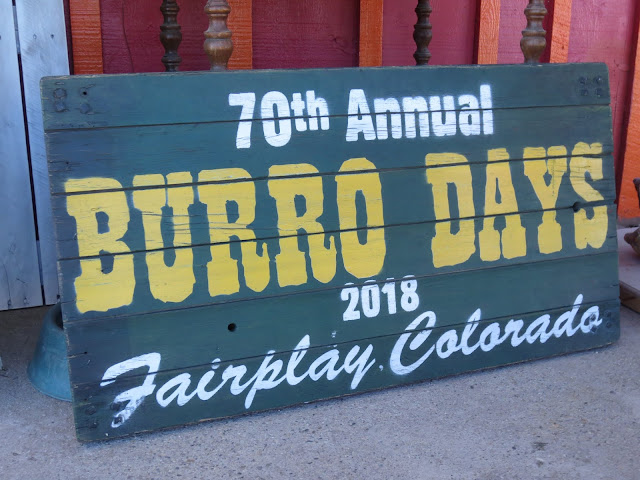 Besides loving burros, the town of Fairplay in the real South Park
was the inspiration for the South Park animated TV series. 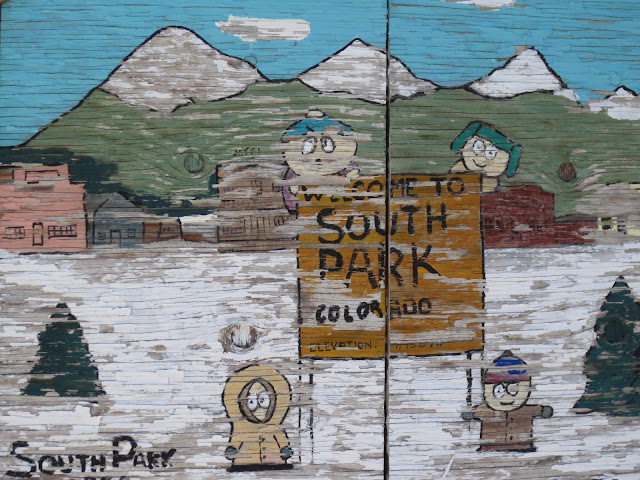 And, of course, like anyone else who has enjoyed "South Park" on TV,
we just had to get our photos taken as those characters! 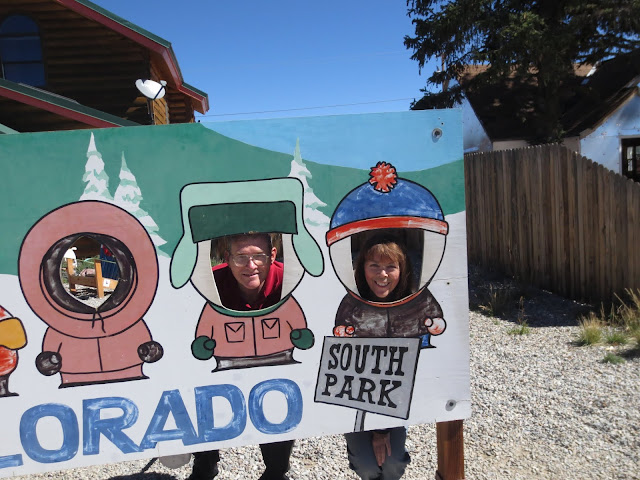 Such a fun and educational day.
With wooden sidewalks and a wide dirt road down the middle of town, it felt so realistic.
I have to say this was the best historic recreation I've ever visited.

If you're in the area, I highly recommend a visit.
Take Hwy. 285 south out of Denver to Fairplay. It's just under two hours' drive.
Exit at Fairplay. Turn left off of Main Street to Front Street and go to the end of the paved street.
Then take a giant step back in time.

I'd love for you to follow me by email.
Just subscribe (it's free) in the upper right corner of this page.
You can also follow my Pinterest boards to see all my favorite photos.
Thank you!!!

Posted by Pat @ bringingfrenchcountryhome at 4:49 PM