Trek seems to be the right word for this trip.
It connotes an adventure, an arduous journey, a dangerous undertaking.

Yep, that pretty much sums it up.
Okay, I guess we have to delete arduous and dangerous but other than that, it was an adventure. 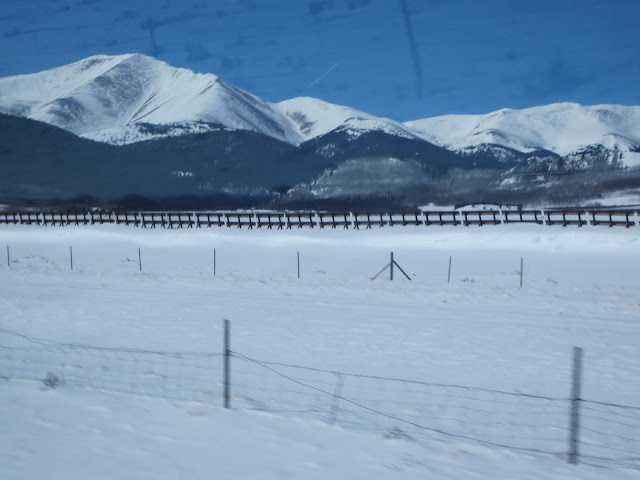 We'd been longing to visit our rustic mountain log cabin that we bought this past year
and had been wanting to see it again. 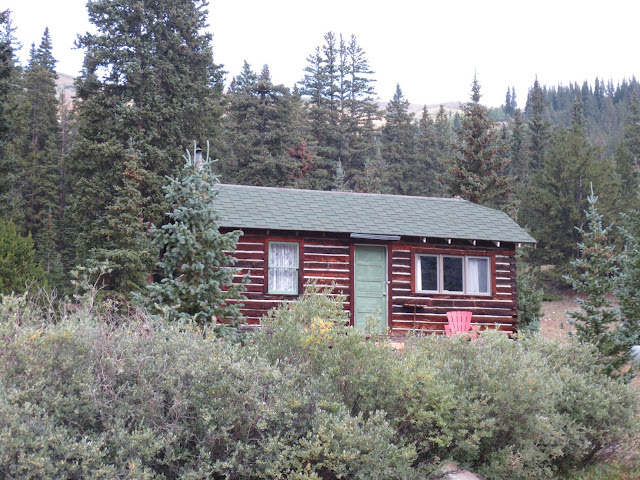 We'd been collecting things here and there we thought would be nice in the cabin
like old snowshoes, pillows (that I made, ahem!), wildlife mugs, and a super-comfy chair.
I'm eager to get up there and decorate! 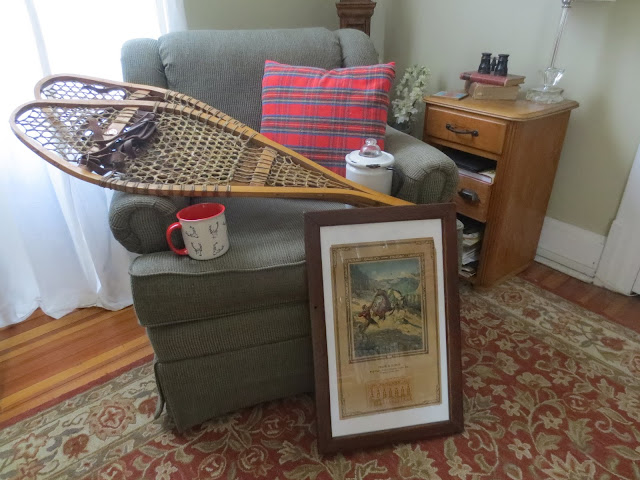 And we thought "wouldn't it be beautiful in all that snow?" 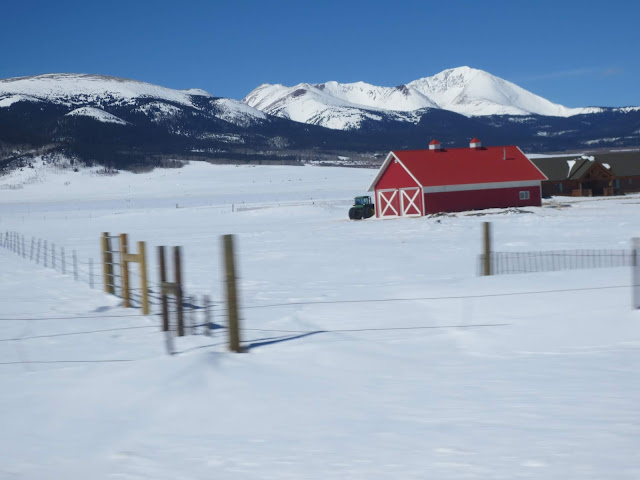 However, we knew the Colorado Rockies had been having a banner snow year and that we
probably would not be able to get up the narrow unpaved, unmaintained road at 11,000 feet. 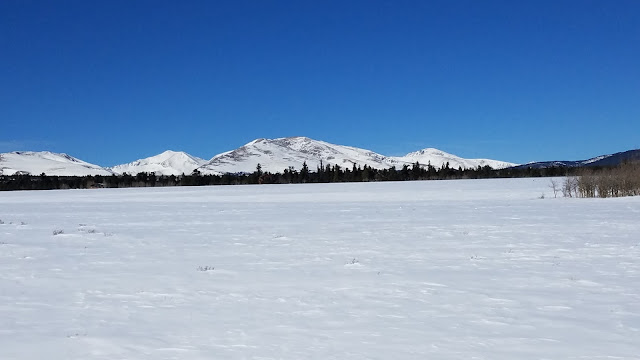 Still we decided to head up into the mountains, just to see how far we could get.
It would be a pretty drive if nothing else. 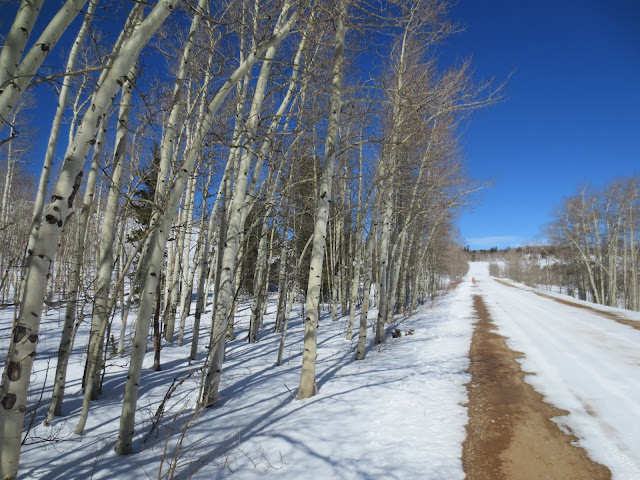 It was fairly passable up the rough county road
until we reached the "No Winter Maintenance" sign.
The only tracks we saw beyond this sign were snowmobile tracks. 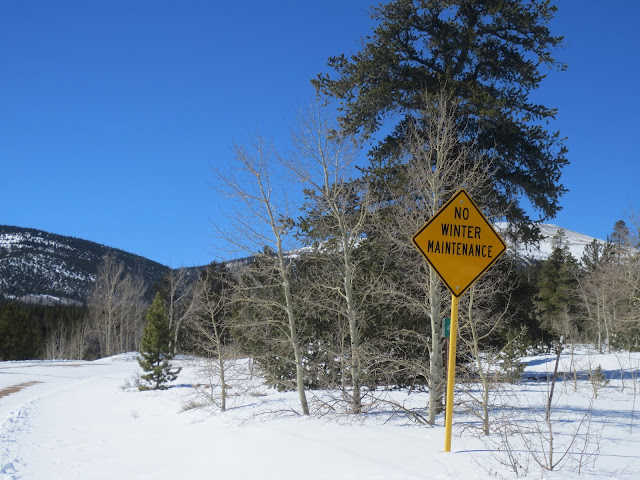 Although we only had about five miles to go to the cabin,
we decided not to be too adventurous (foolish?)
and turned around at the first wide spot in the road.

I don't like turning around on this road in the middle of summer
let alone when there's a foot of snow on the road that drops off steeply on one side. 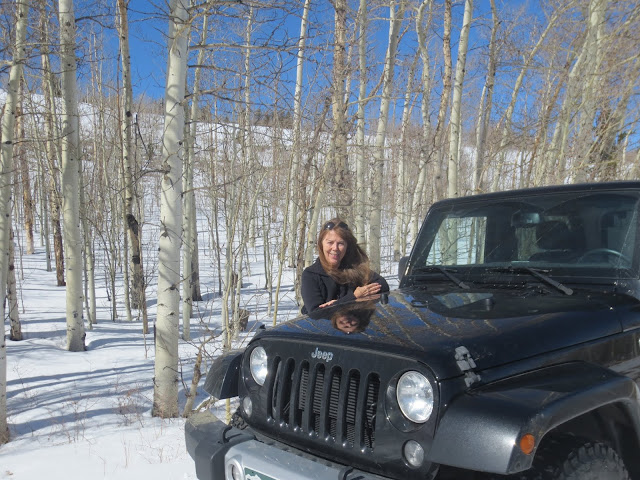 So we headed for nearby Fairplay to check out the pioneer museum in the snow.
It was definitely worth the detour.

You can read more about Fairplay by clicking HERE. 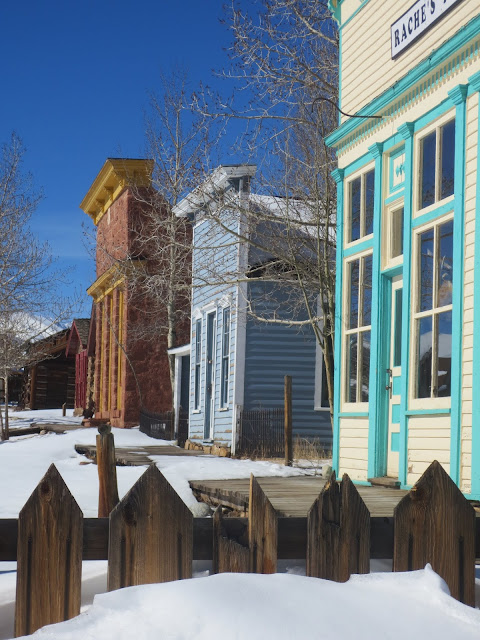 Yes, we had a beautiful drive in the snow-covered mountains but we soon realized
we probably wouldn't make it in to the cabin until April or May.

That little cabin has been standing for a hundred years so I guess it's not going anywhere.
Sigh.

****
Posted by Pat @ bringingfrenchcountryhome at 9:36 AM