With Valentine's Day just around the corner, Ron and I decided to have a date night,
and, since winter has arrived in Colorado, 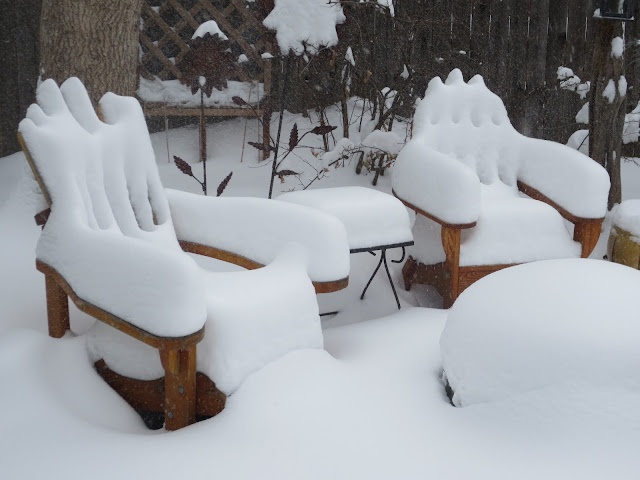 we're staying in and watching a movie.
But not just any movie. We're watching . . . "Casablanca." 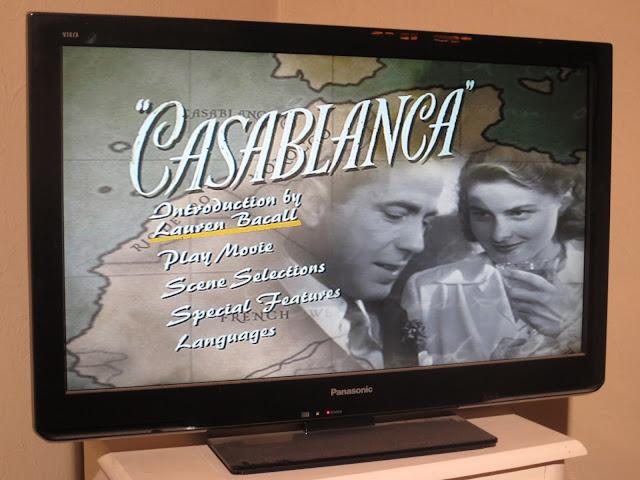 Yes, we've seen it a zillion times but some things just get better with age.
We both know the dialogue word for word but still have the script handy in case we miss a line. 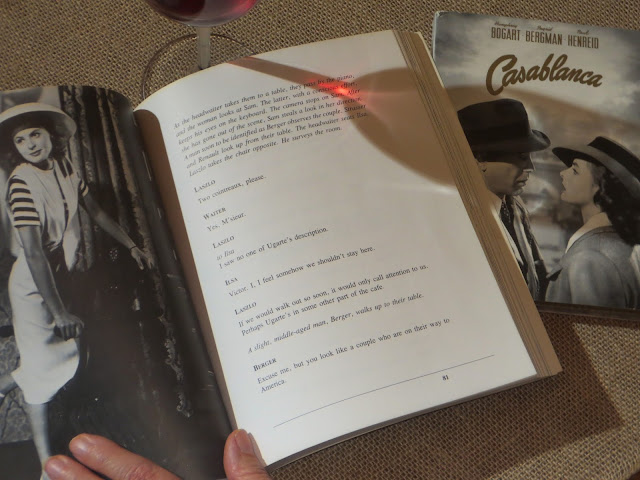 It was actually Ron's idea to have champagne cocktails while we watch this classic love story.
That was their drink of choice in the movie.
He also found some interesting hors d'oeuvres at the store. Such a romantic!

Here's the recipe for our cocktails:
We prefer Prosecco to champagne. I know, I know. It's Italian but it tastes French.
Add a shot of pomegranate juice and a half-shot of brandy to an eight ounce glass of Prosecco.
Here's looking at you, kid! 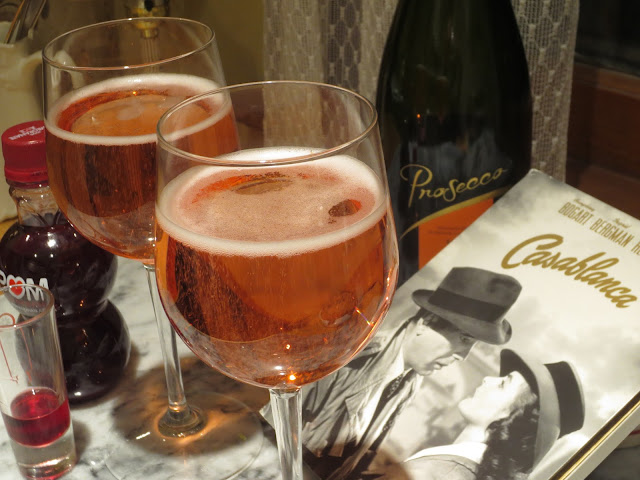 So, beverages in hand, we lit the fire and some candles, tucked our feet into a chunky throw,
settled the dog in between us, and started the movie. 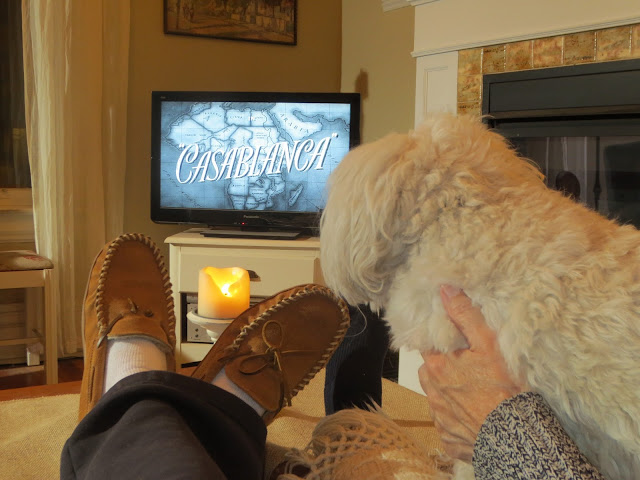 The intro music is enough to send shivers down my spine.
Then the black and white scene begins and the narrator explains why so many people have come
to Casablanca:  to escape the war-torn countries in Europe and find freedom in Lisbon.

Ugarte (Peter Lore), the little bug-eyed weasle, starts the action when he asks Rick
(Humphrey Bogart) to hide his stolen letters of transit in Rick's Cafe Americain
until he can sell them and then get on a plane to Lisbon. 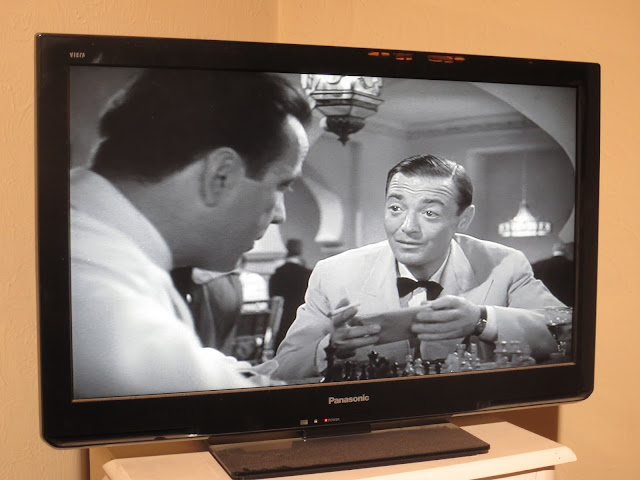 But then she walks into his gin joint. Ilsa (Ingrid Bergman) is perfect--elegant, romantic, loyal.
And, of course, torn between two lovers.
Poor beautiful Ilsa in her understated wardrobe and fancy wide-brimmed hats.
(How did she pack all those big things anyway?) 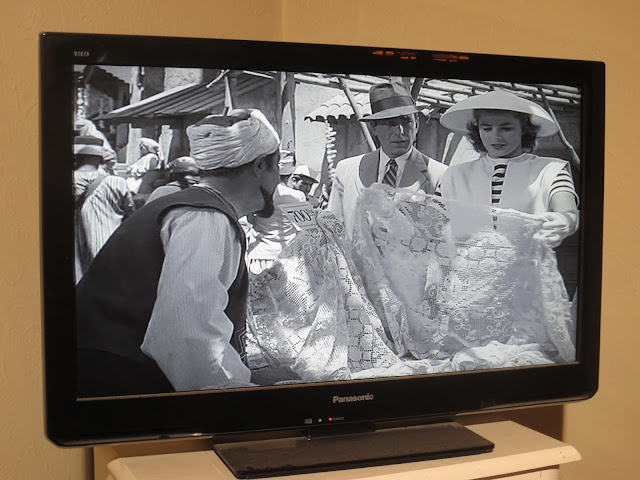 Oh no, not the song. Will she never learn?
"Play it, Sam," she says. "Play 'As Time Goes By."
Ron tells me the piano that Sam plays was actually a non-working model.
It was built smaller than normal so Bogart would look bigger than he really was. 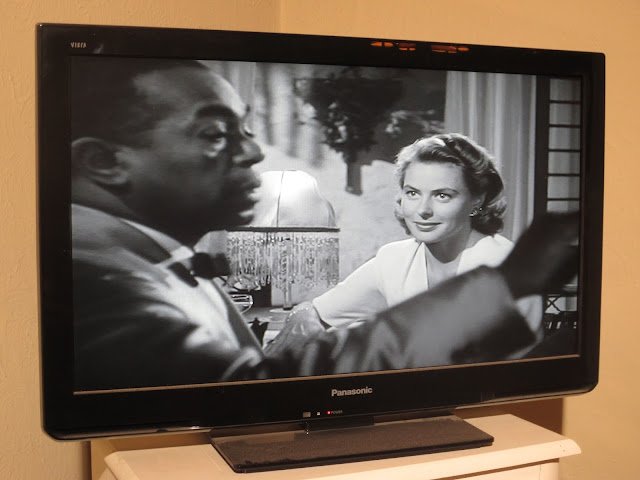 My favorite scene, well, one of them,
is when the Germans are in Rick's Cafe and they start to sing a rousing German song.
Victor Lazslo, (Paul Henreid) the underground leader, tells the orchestra
to play la Marseillaise, France's national anthem.
Everyone loyal to France sings louder and louder, drowning out the Nazis.
I can't get through this scene without crying. 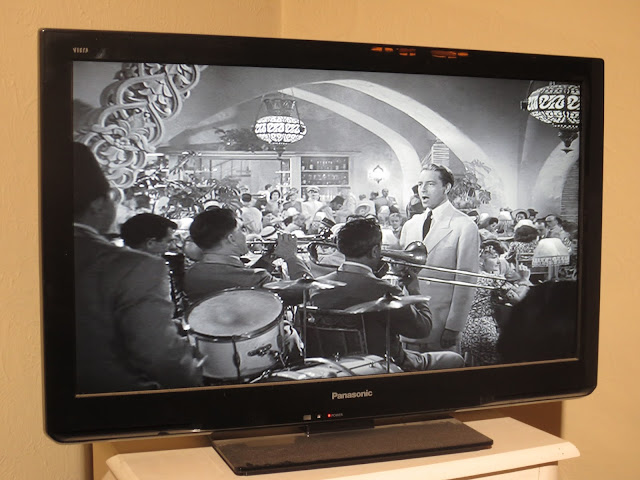 Spoiler Alert. . .  if you've never seen this movie, the ending is coming up!

Of course, there's the tortured goodbye scene at the foggy airport
and the line that made this movie a classic: "We'll always have Paris." 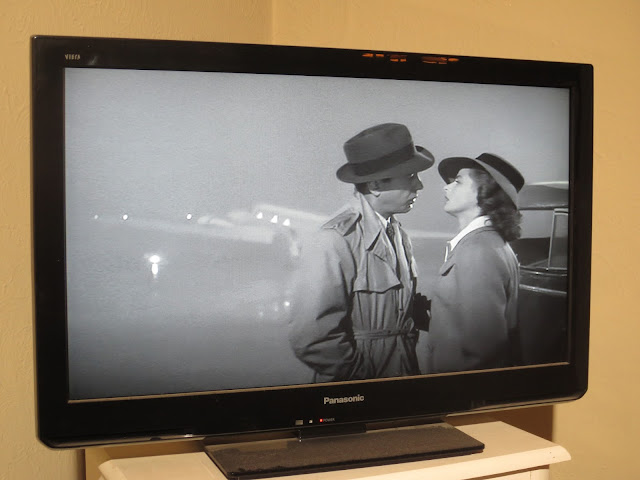 Ron and I clink our champagne glasses and whisper the final line of the movie: 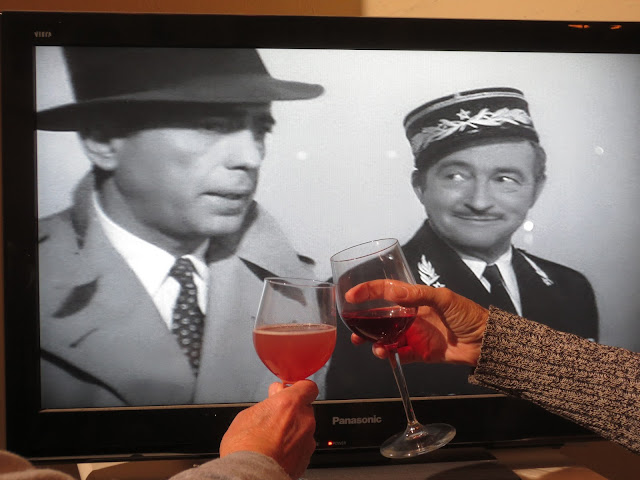 "This looks like the beginning of a beautiful friendship."

Special thanks to Ron Boyd for photography!!

Posted by Pat @ bringingfrenchcountryhome at 8:20 AM