Veterans Day, initially called Armistice Day, is November 11, a day to honor and thank
all Americans, living and dead, who have served in the United States Armed Forces.
I'm proud to display our flag every day. 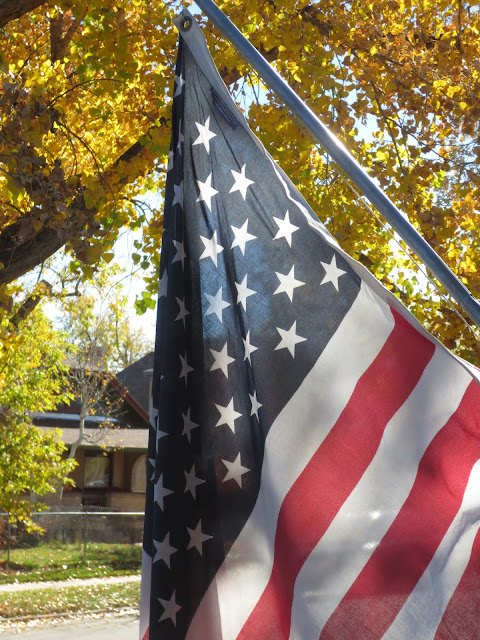 A little history . . . At 11 a.m. on Nov. 11, 1918, an armistice was agreed upon to
stop hostilities between the Allied nations and Germany in WWI.
This date came to be regarded as the end of the "war to end all wars."
President Eisenhower later changed the name from Armistice Day to Veterans Day
to honor all those who had served in any war.

I do not pretend to be an expert on the many wars our nation has been involved in
and my apologies in advance for any historical errors in this post.
But, like so many in our country, Veterans Day is very personal to me.
This is my dad, the handsome soldier. 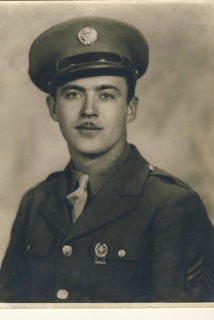 This day is personal to me because I went to high school with several young boys who died
in Vietnam and I pray for the "boots on the ground" in today's battles so far from home.
My grandfather served in the Army in WWI and saw action with the American Expeditionary
Forces, Verdun, Argonne, the March to the Rhine and the Army of Occupation.
He doesn't look like the jolly grandfather I knew . . . so young in this official portrait. 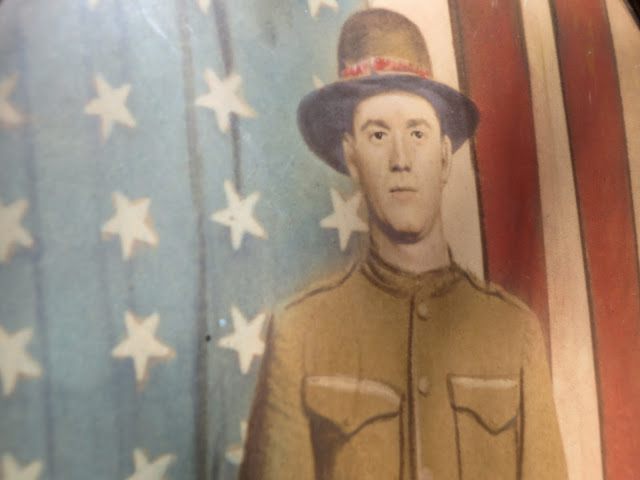 My father served in WWII.
Dad's the bad-ass one with a cigarette and without a helmet, upper right.
Kind of a mix between Clark Gable and Tyrone Power. Or maybe George Clooney! 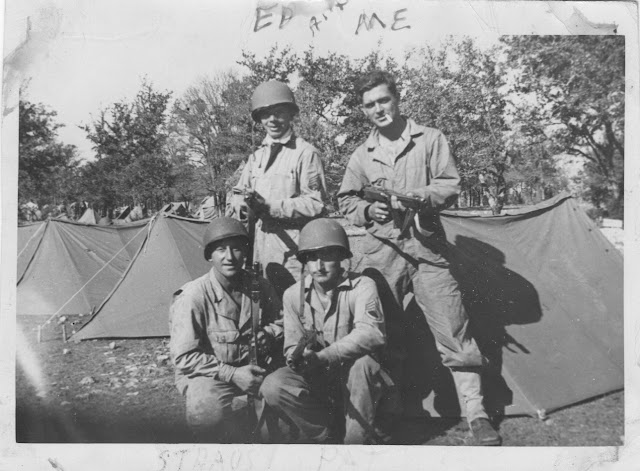 Ron's mother was a Rosie the Riveter during the war.
Because she was so tiny she was able to climb into the tight spots of the planes she helped build. 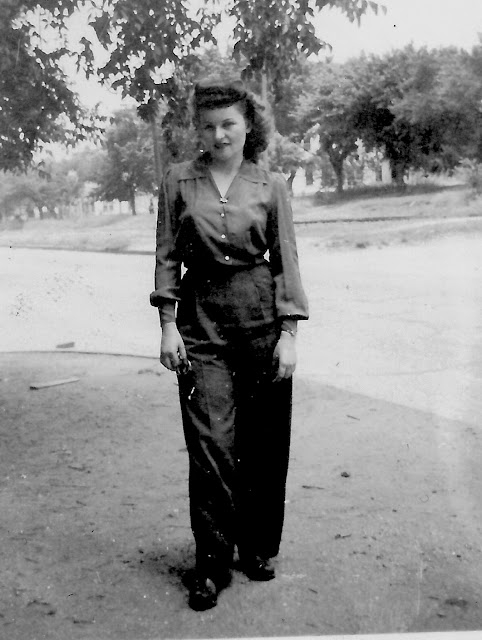 My father joined the Army in 1942 and served in the 811th Tank Destroyer "B" Company in WWII. He drove a tank in the Rhineland, Battle of the Bulge, Central Europe and Ardennes battles. 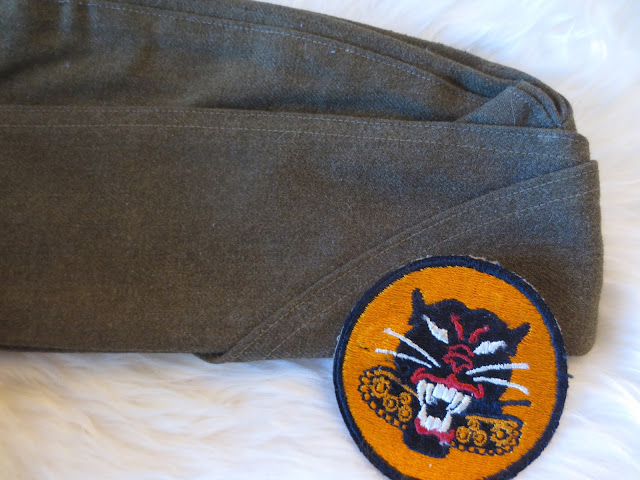 Like many veterans, he didn't like to talk about the war but I remember him telling me the story of how his tank was hit and he woke up hanging over the long gun on the front of the tank. I guess I get emotional about our military because I know how close we came to losing him that day.

This photo has been damaged over time
but it's one of my favorites of my dashing dad and beautiful mother during the war years. 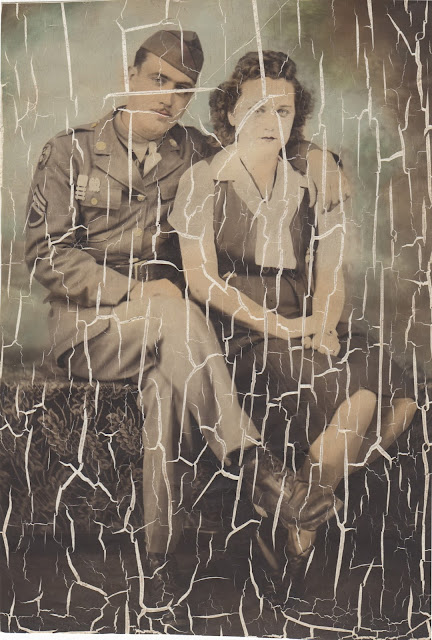 Dad wasn't directly involved in the liberation of Paris on 25 August 1944 but, like all who served,
I'm sure his spirit was there the day Germany surrendered the French capital
after four years of occupation.
I can't even look at these pictures without tearing up. 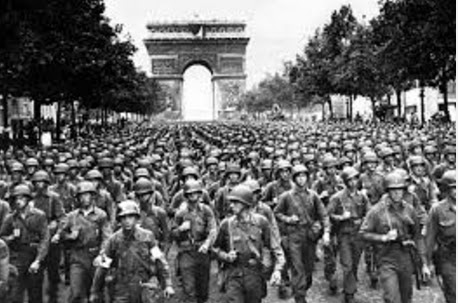 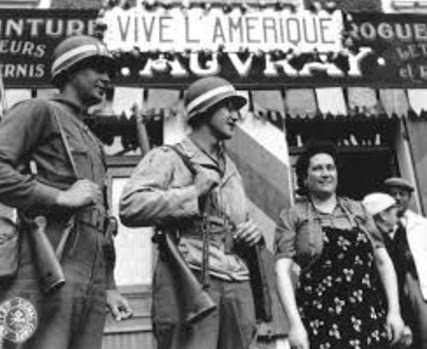 Can you imagine the glorious celebration it must have been with all the church bells ringing
across Paris and people crowding the streets to see their American liberators. 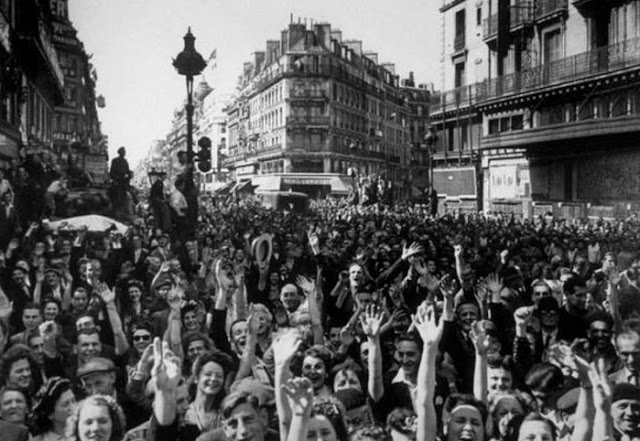 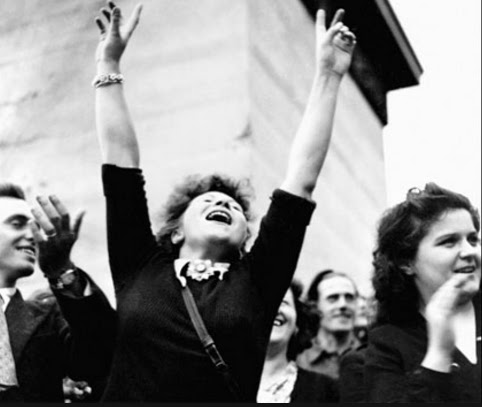 When I visited France, I noticed quite a few street signs reading "Rue de 25 August."
Many of the people on my tour didn't know what that meant which I thought was a sad statement.
Most of the small towns in France have a memorial in their center square
honoring those who died serving their country like this one in Gordes. 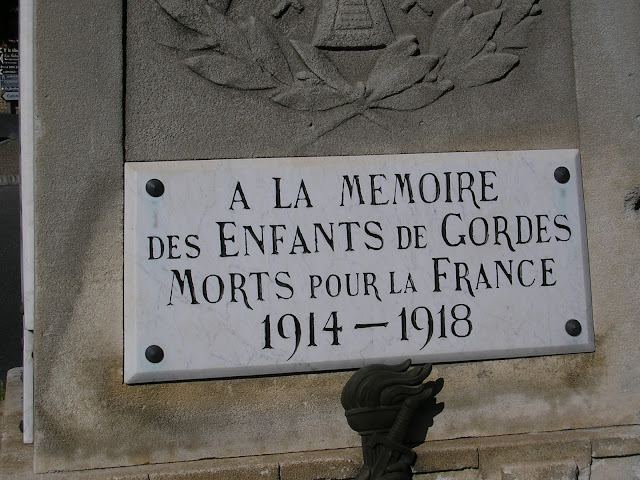 In this country, Veterans Day is our opportunity to say thank you for protecting our freedoms.
On Nov. 11, please take a moment to thank a Vet!

P.S.  I was born shortly after the war ended!!

Posted by Pat @ bringingfrenchcountryhome at 3:12 PM

Email ThisBlogThis!Share to TwitterShare to FacebookShare to Pinterest
Labels: History